Branching Out: Expanding ISB Programs in the 1980s

Stories Branching Out: Expanding ISB Programs in the 1980s

Branching Out: Expanding ISB Programs in the 1980s

As International School Bangkok (ISB) entered the 1980s, the Vietnam era was indeed over. The student enrollment, which had peaked at over 3,600 students in 1967, now stabilized at around 1,100. Important events like the House Games and the ever-present student group, the Young Internationals, were phased out and replaced by other events and other organizations.

Nonetheless, the effect of the Vietnam era on the school had not waned. The money poured into ISB by the U.S. Government meant that the school had well-resourced science labs and libraries, audiovisual equipment, and support positions such as a school psychologist, special education teachers, reading specialists, and a speech therapist. Thus, even though by the 80s, two-thirds of the student population was cut, ISB was still well-positioned to be the best international school in Thailand and one of the leading such institutions in the region.

One event that had not changed was the Bangkok-Singapore Games, which started in the spring of 1962 and was still one of the school year's highlights. However, in the early 80s, the International School of Kuala Lumpur (ISKL) joined ISB and Singapore American School (SAS) to form the Triangular Games. This change did not last long, as Heads of Schools around the region made it known that they were interested in forming larger athletic and activities conferences. It was probably at an EARCOS Conference in Hong Kong in 1981 that the idea of starting the Interscholastic Association of Southeast Asian Schools (IASAS) became a reality. Primarily spearheaded by the Heads of School from ISKL, SAS, and Jakarta International School (JIS), this organization was modeled after similar conferences in Southern Asia and Europe.

It wasn't too long after that that Athletic Directors and other individuals from schools in the region met at the old Singapore American School campus on Kings Road tasked with creating the organization. As we now know, the result was IASAS, which formally started in October of 1982 with four schools: JIS, SAS, ISKL, and ISB. International School Manila (ISM) joined the conference the following year, while Taipei American School (TAS) joined the group in 1986, creating the six-school conference that has flourished ever since.

The very first event for the organization, IASAS Soccer & Volleyball, took place in Kuala Lumpur in October of 1982. Our ISB Boys' Volleyball team, coached by Athletic Director Colleen Perry, won gold in that inaugural event. Ms. Perry's son, Cameron, is actually an Elementary PE teacher at ISB today. At the urging of many organizers, a cultural component, the Cultural Convention, was also instituted that first school year. The first IASAS event hosted on the ISB campus was the Cultural Convention in April of 1983, with competitions in debate and forensics, music, drama, and even a knowledge bowl. 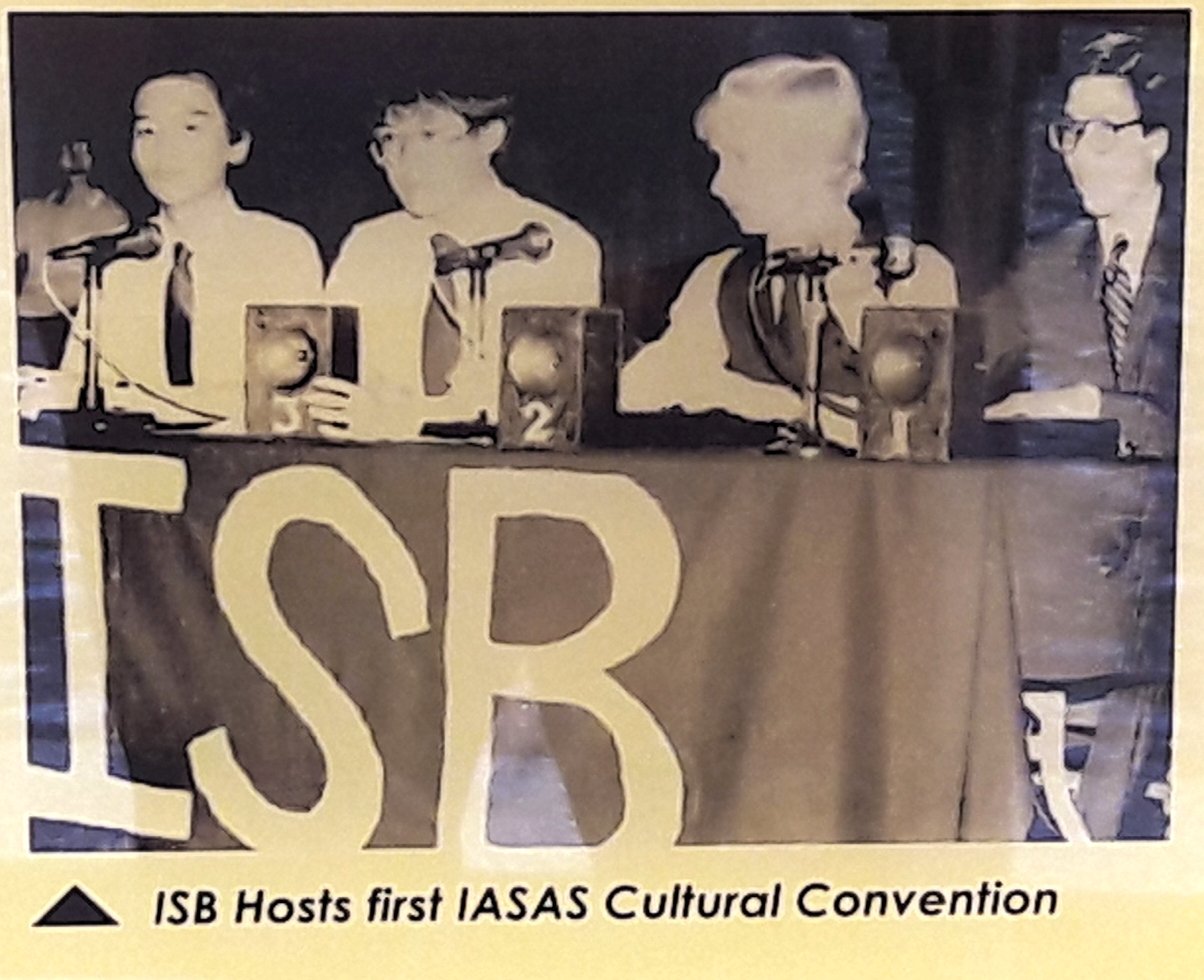 Now in its 40th year of existence and widely recognized as one of the premier international school activities and athletics conferences globally, we can only thank those who started the Bangkok-Singapore Games and all of those individuals who helped to create such a remarkable organization.

Entering the 1980s, ISB had identified a few growth opportunities: expanding the athletics and activities programs; increasing the reach of its English as a Second Language (ESL) program; opening up the campus to the growing number of community groups such as the Boy Scouts, the Girl Scouts, the Bangkok Baseball Association (BBA), and others; last but not least maintaining and improving its college-prep curriculum.

With these areas defined as goals for the school, ISB sought to improve itself. Aiming to serve better and make the school more attractive to an international clientele while ensuring the ISB graduates would be able to gain admission to the finest universities in the world.

In its quest to better serve an international clientele, ISB began looking at the International Baccalaureate (IB) Program in the mid-80s. Created in the late '60s, the IB had started to take its place in the world of international curricula, especially in Europe. At the urging of ISB Board of Directors member, Mr. Ger Hoppe, the school decided to explore this program seriously. 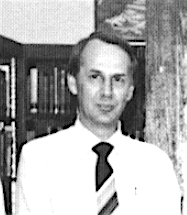 Mr. Hoppe, a Dutch engineer, had seen his two children, Margot (Class of 1982) and Michael (1985), be compelled to do an extra year or two of studying in the Netherlands to earn the IB diploma and subsequently gain entrance into university in their home country. Led by the High School administration, ISB decided to pursue this course of study to allow students to earn both an ISB diploma and an IB diploma. Combined with the already existing Advanced Placement (AP) course offerings, ISB made sure that all of its high school students would be able to pursue their dreams wherever they chose. Additionally, these high-level courses can often be used to earn advanced credit when the students enter university.

Today the IB curriculum is a significant component of the ISB high school curriculum. Each school year, scores of ISB students sit for IB exams, earn advanced credit for university, and earn IB diplomas. In the most recent 2020-21 school year, all 96 of ISB's IB diploma candidates earned their diplomas - a 100% pass rate. Three students even earned perfect scores of 45, a fantastic achievement.

A Standard of Advancement

As ISB entered the latter part of the decade, the student population grew, and many school program areas expanded. As High School Principal and Head of School, Dr. Rob Brewitt put it,

"In the five years from 1983-88, ISB had a 33% increase in student enrollment. In early 1983, ISB had no Intensive Studies Program, little health education, no drug education, only the beginning of a fine arts program, few sequential course offerings, and no IB program. Faculty, students, and parents worked hard to provide a 'core' educational program in grades 7-10. The IB diploma program, and elective program in the Junior High, and exciting music and drama program, a new photography program, additional sports teams including track & field and swimming, a new intramural program, and a new gymnasium and track became realities. The ESL program grew in size and quality, and language offerings were expanded with plans to include Japanese."

In short, the school was moving headlong into the 90s with a growing student body and an ever-expanding program. Unfortunately, the campus on Soi 15, after almost 30 years, was now looking to be too small. Join us in the next installment as we take ISB into the 1990s and beyond!