With an improved curriculum, a state-of-the-art educational program, expanding activities and athletics program, and an increasing student population, International School Bangkok (ISB) entered the 1990s once again facing a similar problem to that of the previous three decades: the campus was too small for its vision of ISB in the 21st century. As Ger Hoppe, former ISB Board member put it, “it became clear to all of us that the Soi 15 campus was not only too small but also not particularly suitable anymore for the growing student population and the changing demands.” With this in mind, the ISB Administration and Board of Directors embarked on a journey to find land on which to build a new ISB campus. After some deliberation and, indeed, some controversy, the plot of land that was eventually purchased was located in a northern suburb of Bangkok called Pakkret, not too far from Don Muang International Airport. As Mr. Hoppe, who was now part of the team to oversee the project, recalled, “there was enough land available to buy a bit more than was actually needed in order to be prepared for future extension, which eventually appeared to be a good thing. The plot of land was located above expected future flood levels, and connection to utility provisions with sufficient capacity was guaranteed.” With that, ISB purchased the land and selected a well-known Thai architect and artist, Sumet Jumsai, to design the new campus. 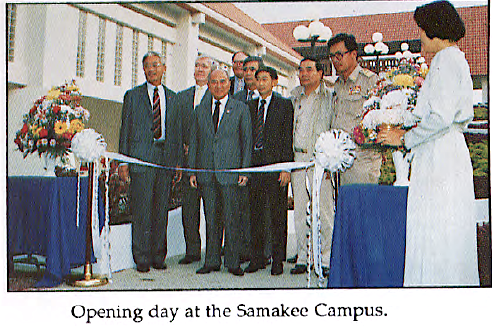 The construction of the new international school campus took one semester longer than originally planned, but on January 20th, 1992, ISB officially began its tenure at the new facility in Pakkret. Naturally, there were some mixed feelings about the move, especially for those families who lived downtown and faced a long commute to the new ISB. But as Michael Nebeker, ISB’s Development Director so aptly put it, “It is fitting that ISB will move into its new and permanent home on Soi Samakee, for ‘Samakee’ in the Thai language means ‘togetherness.’ It is exciting to see the culmination of forty years – many nations, many races, many religions, and many cultures coming together to learn.” A new ISB era thus began in this state-of-the-art facility in Pakkret. 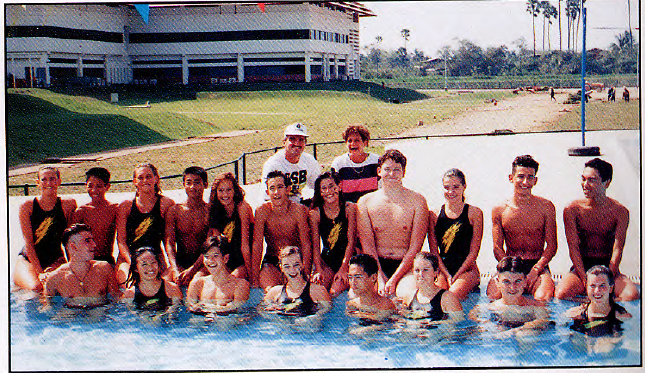 With the new campus, ISB had the luxury of exploring a variety of new offerings while still maintaining the ‘traditions’ from Soi 15. With a swimming pool now available, for example, an aquatics program got underway, a program which today is called Panther Swim and is home to almost 300 swimmers from 5-18 years of age. One program which was started during that second semester of the 1991-92 school year was called “Week Without Walls,” an experiential learning opportunity for students which took students outside of the walls of the classroom and into the real world. These learning opportunities have continued now for nearly three decades, although the program is now called Global Citizenship Week (GCW) as the focus is 100% focused on community service.

Community Service at ISB has become a true focus of the school’s educational program. It is true that community service has been a part of ISB for quite some time (students from the 1960s and 70s will remember “Operation Santa Claus”), but it was in the late 80s and into the 90s that community service became ubiquitous at International School Bangkok. Spear-headed by High School Social Studies teacher Ms. Chris Tananone, the community service program at ISB really took off when the school moved to Pakkret. This primarily was due to the fact that many of the Thai social services like Home for the Disabled, Home for the Blind, Babies Home, and others are all located in Pakkret.

With this, ISB embarked on a school-wide program to incorporate community service into the fabric of the school as community service became a graduation requirement, and as a component of the International Baccalaureate (IB) in the Community-Action-Service (CAS) requirement. Ms. Tananone’s importance to the program was evident as she eventually became ISB’s full-time Global Citizenship Coordinator.  Perhaps the best example of the ISB community service effort took place during the floods of 2011. As Chris related, “we had students in grades K-12 filling bags with rice, canned food, and toiletries and then distributing them via trucks in the province. We later teamed up with Habitat for Humanity to undertake several school rehabilitation efforts over a period of about 6 weekends.” Indeed, ISB community service at its finest!

The move to Pakkret was, in some ways, quite difficult for the community at large, but also necessary and important to the development of International School Bangkok as the school prepared itself to emerge from the mid-90s and enter the 21st century. 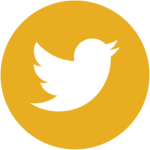 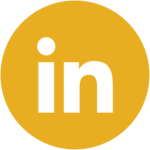 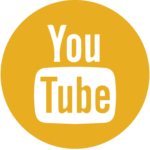