From ISB Student to Double Doctorate to Awards for Outstanding Service

Usman A. Khan is one of the most learned and diverse graduates of International School Bangkok (ISB). A 1997 ISB graduate, he attended Tufts University in Boston, Massachusetts where he earned Bachelor’s degree, Master’s degree and a Ph.D. in Electrical Engineering. His doctoral thesis was especially noteworthy, as it focused on developing an alternative, non-evasive breast cancer detection method that used 1000x less radiation than the standard techniques which were in place at that time. The importance of his research was recognized around the world and was published extensively in professional journals.

During his graduate school years, Usman became heavily involved in local community projects as well as international development and aid efforts. A Pakistani native, he was able to raise over $500,000 in relief aid following the 2005 earthquake that devastated his home country. In the aftermath of 9/11, he became deeply involved in inter-faith activities to bring communities together. These and other efforts led him to receive the prestigious Tufts University Presidential Award for Citizenship and Public Service.

Not resting on his laurels, Usman decided to leave the technical and academic world after completing his Ph.D. The next stage of his career began with a switch in focus toward intellectual property law. Since making the switch, he has helped tech start-ups, individual inventors, and multinational corporations obtain patents in the United States, China, Korea, Europe, and various other parts of the world.

Usman has also had the privilege of representing several of the world’s leading tech companies, such as Google, Samsung, LG, Apple, and Sony. What he loves about his current work is that he gets to see new inventions years before the technology hits the market, and has the opportunity to work closely with some of the most brilliant minds in the world.

In addition to his full-time job, Usman A. Khan attended night school to pursue a second doctorate in law. As such, in 2018 he received his doctorate in law degree, and in the process became the first Pakistani to hold doctorate degrees in both law and engineering. Currently Usman practices as an attorney in Washington, D.C., at the historic intellectual property law firm, Fish & Richardson. The firm had previously helped Thomas Edison, Alexander Graham Bell, and the Wright brothers patent their famous inventions.

Career paths can take many turns

Usman’s academic studies and his career path have been as unpredictable as they are impressive. His example reminds us all that while our early education provides a strong foundation for future growth, the path forward is never fixed in place. Changing circumstances, cares and interests can drive talented people to pursue entirely new directions throughout their lives – and the more exposure our young people receive to the variety of opportunity that exists in our world today, the more potential they have to find the best way to pursue their own unique passions and skillsets.

There are many well-traveled roads to success – and as Usman discovered, the world continues to provide plenty of opportunities to break new ground on the path forward.

With regards to his time at ISB, Usman says:

ISB and Thailand will always be in my heart. I was the youngest of three siblings who all studied at ISB. My love for community engagement started when I visited orphanages and taught English to blind students as part of ISB’s after school activities. My passion for soccer was fostered as I played at ISB and in the Bangkok Soccer League on campus. I have no doubt that graduating from ISB with an IB Diploma was a key factor to my ability to thrive in an academic and professional environment. In fact, my most recent client (a pharmaceutical company in Oregon) was introduced to me by another ISB alum whom I connected with after 20 years in Washington DC.

ISB is proud of every one of its graduates, but we consider Usman A. Khan’s career to be incredibly successful and worthy of special recognition. We further applaud his kind, thoughtful devotion to the many passions and interests he holds, as well as the inspiration he gives to those around him.

We are inspired by Usman’s personal and professional versatility, and his ability to apply his knowledge in so many important areas. These qualities of transferable learning, adaptability, and communication are at the heart of our own educational philosophy. Find out more about our curriculum and our approach to learning on our website. 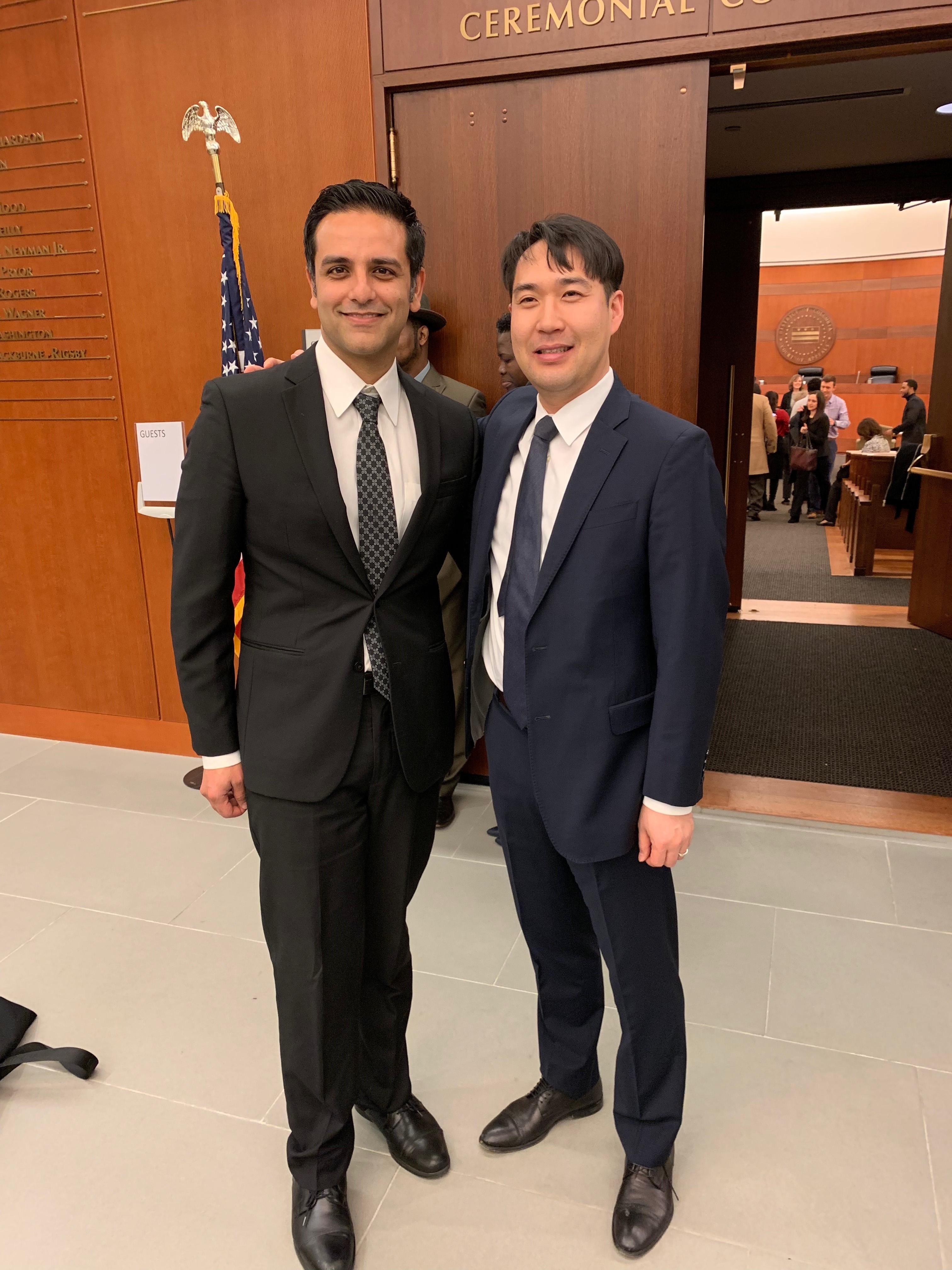 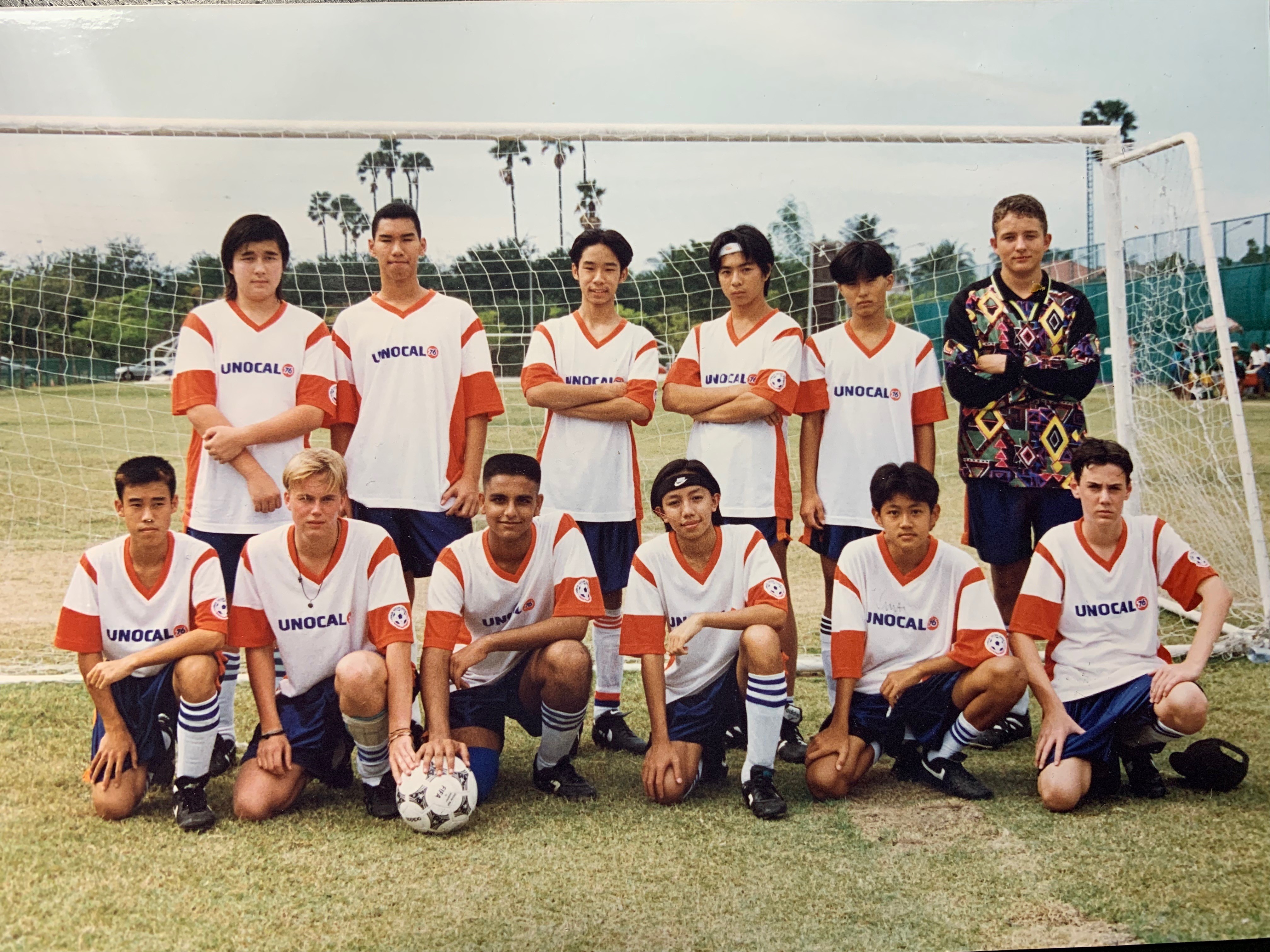