For an alumnus familiar with International School Bangkok (ISB), a quick perusal of the current faculty and staff might yield some very familiar names. The reason for this familiarity is the fact that a number of these current staff members were actually students at ISB in earlier days. We’re pleased to have many of our alumni working at ISB. So who are these important few? Learn more about them and their multiple journeys to ISB, below.

Machiko (Mako) Morizono was a member of the ISB Class of 1991, the last class that graduated from the Soi 15 campus. Mako has been in her current position as the Japanese/Thai Liaison at ISB since 2000 and her familiarity with both the Japanese and Thai cultures has been instrumental in ensuring that new Japanese and Thai students have a smooth transition to their new school. Machiko is married with one son. Speaking of family, Mako’s sisters Fumiko (’99) and Mayumi (’00) as well as her brother, Hiromichi (’06) are also ISB alumni. 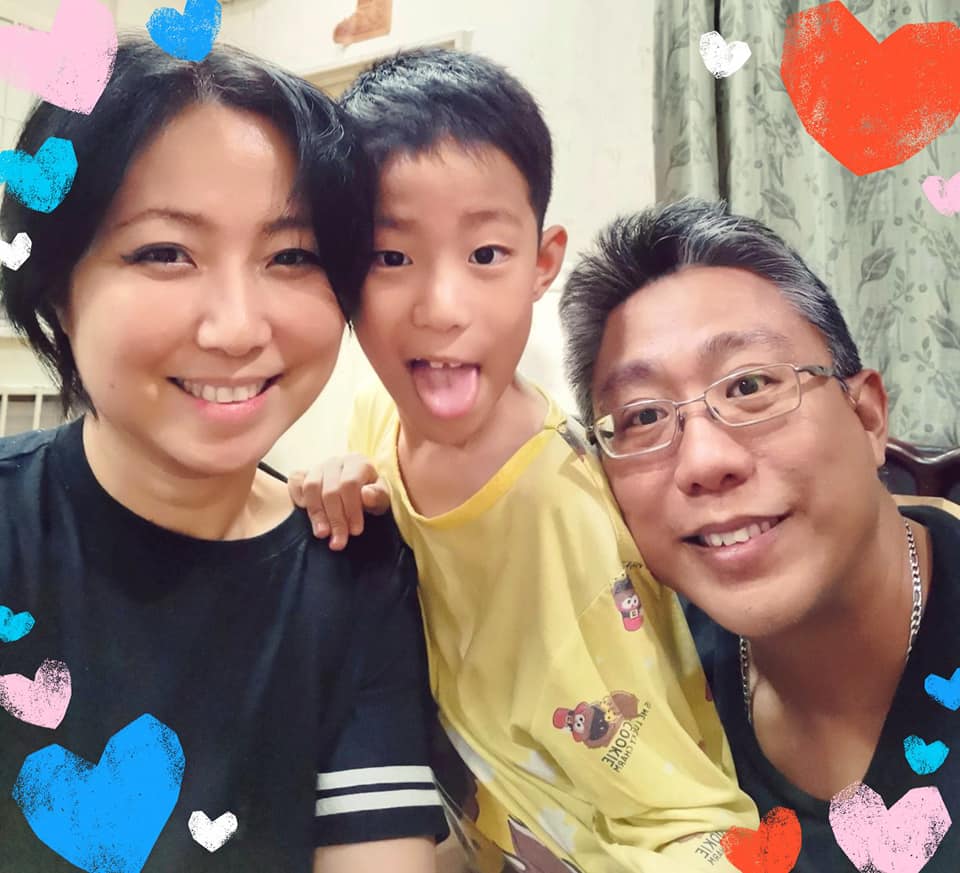 Sabina Vogt, ISB class of 1992, is a Social Studies teacher in the ISB middle school. An international school ‘kid,’ Sabina attended school in Kinshasa, Cairo and Kuala Lumpur before getting to Bangkok as her parents, Dwayne and Nancy, were also teachers. Sabina’s sister, Anje (’96), is an ISB alumnus as well and is currently living in the U.S.. Sabina previously taught in Oakland, California and at International School Manila before arriving at ISB with her son, Maharlika, a current ISB 3rd grader. 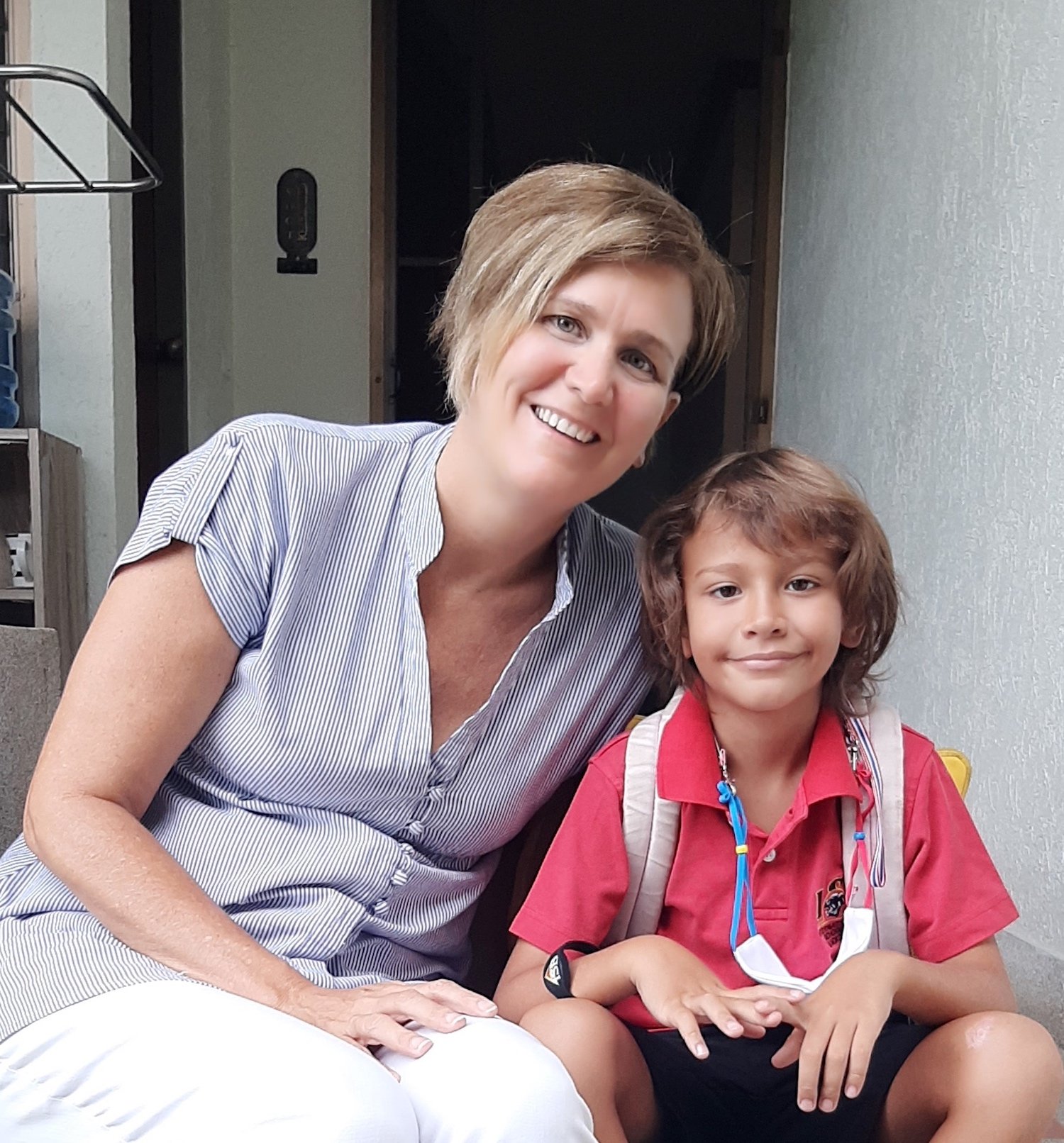 Monte Major (Class of ’93) came to ISB with his family during the 1991-92 school year. The family included his parents, Phylis (an Elementary School teacher) and Steve (a PE teacher), and his sister, Lindsay (Class of ’96, see below). The Majors had previously been in Korea and Pakistan prior to getting to Thailand. Monte is part of the current Elementary School PE team, while his wife, Rosanne, is a middle school mathematics teacher. The Major children, Logan (Grade 8), Asa (Grade 6), and Remi (Grade 3) are all ISB students. A noteworthy fact, as an ISB student Monte was an IASAS champion in both volleyball and softball, and as an ISB coach his teams have won gold medals in both golf and basketball. 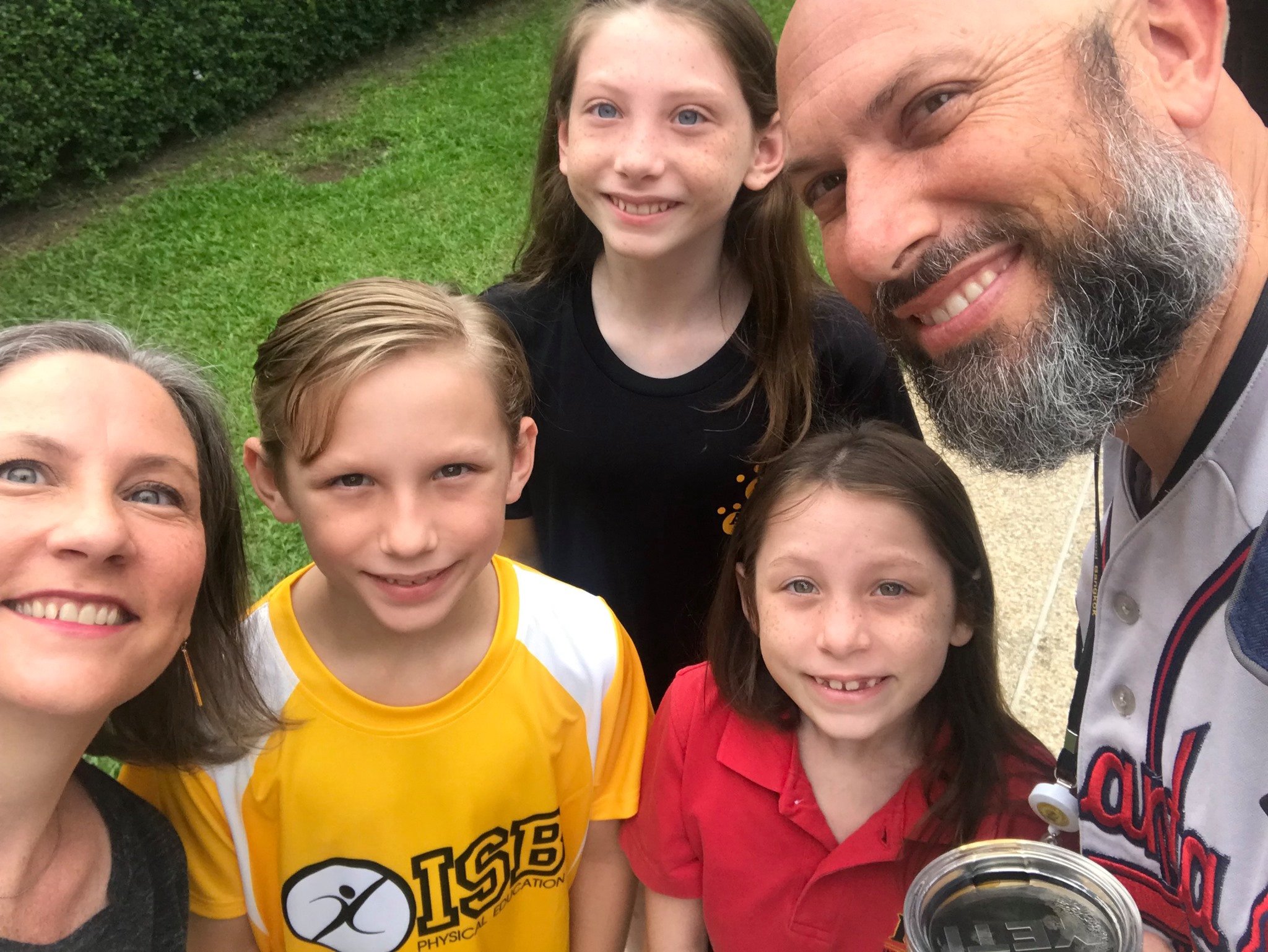 Lindsay Perry (Major) arrived at ISB with her family in 1991. Like her brother, Monte, Lindsay was a stellar high school athlete and was named the ISB female athlete of the year in 1995. It was as a high school student at ISB that she met her husband, Cameron Perry (see below). After completing her studies at the University of Georgia, Lindsay taught PE in Greece, Israel, and Philippines before becoming one of the triumvirate of the Elementary School PE department at ISB. Lindsay’s three children, Jaden (age 10), Dakota (7) and Camden (5) are all students at ISB. Of note, as a high school student-athlete, Lindsay was an IASAS champion on a basketball team coached by her parents, Steve and Phylis Major!

As the third cog in ISB’s dynamic Elementary School PE department, Cameron Perry (Class of ’94) is truly part of ISB’s extended family as his sisters Heidi (’89), Wendee (’92), and Heather (’96) all attended ISB while his parents, Colleen and Jim, were ISB teachers. In fact, Mr. Jim Perry was a much loved ISB Elementary School teacher for well over three decades. After finishing his university studies at the University of Georgia, Cameron was a PE teacher and coach at schools in Greece, Israel and the Philippines before coming ‘home’ to Thailand. An IASAS champion athlete in volleyball, tennis and softball, Cameron has also coached multiple IASAS championship teams in softball, baseball and volleyball. In the ultimate trivia department, Cameron’s mother, previously the ISB Athletic Director Colleen Perry, was the coach of the very first IASAS boys’ championship volleyball team in 1982, while Cameron was one of the coaches of the ISB boys’ team that earned the IASAS volleyball gold medal some 27 years later in 2009. 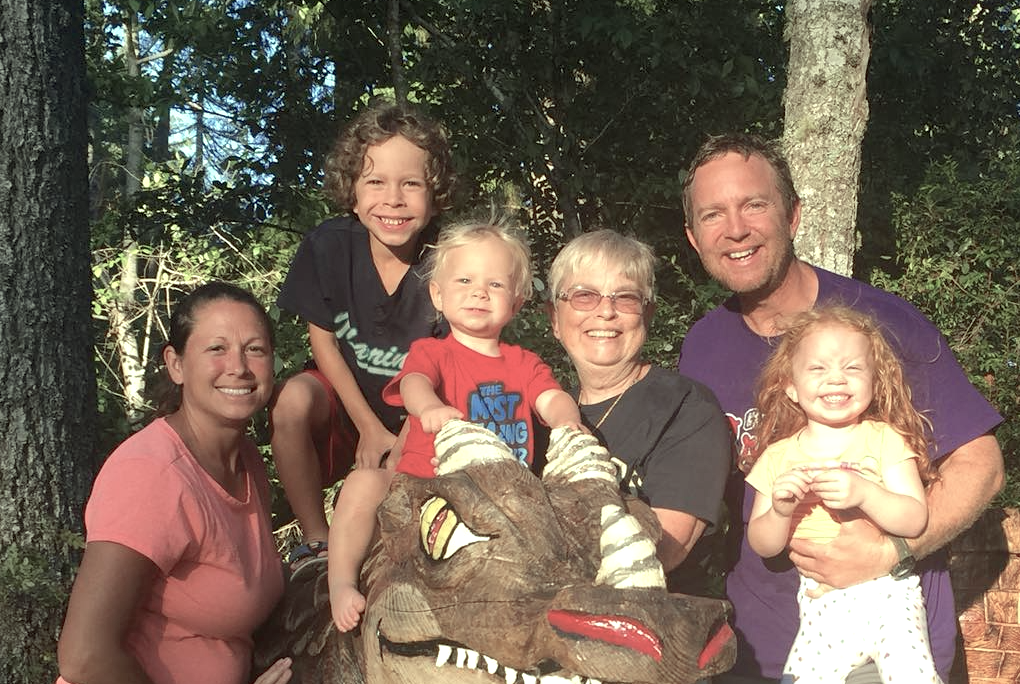 Peach Ansvananda attended ISB in grades 7, 11 and 12 and graduated from ISB as part of the Class of 1995. From ISB, Peach went to university in France at both the University of Paris (Sorbonne) and the Ecole Superieur Libre de Sciences Commercial Applique. She returned to Thailand following her studies where she first worked in Learning Support at other international schools in Bangkok. Peach first worked at ISB during the 2015-16 school year, and has now been an integral part of ISB as an LS/EAL Instructional Assistant since 2017. 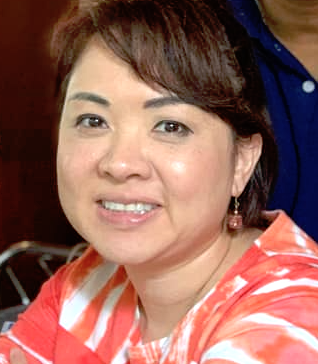 Kevin Kuehn (Class of ’04) attended ISB for 5th, 6th and half of 7th grade. Those years, however, proved to be very important as it was then that he met his wife, Tahireh Thampi, also an ISB alumnus from the Class of 2004. After returning to the United States, Kevin finished Middle School and High School before entering Michigan State University. Like many of the ISB alumni above, Kevin had the overseas bug and taught at NIVA International School in Bangkok and the American Embassy School in New Delhi before returning to Bangkok to teach at ISB. Currently Kevin is a grade 8 English teacher in ISB’s Middle School, while his wife Tahireh is a PYP Coordinator at another international school in Bangkok. Kevin and Tahireh are also proud parents of Mili (age 4) and Ellora (age 1). 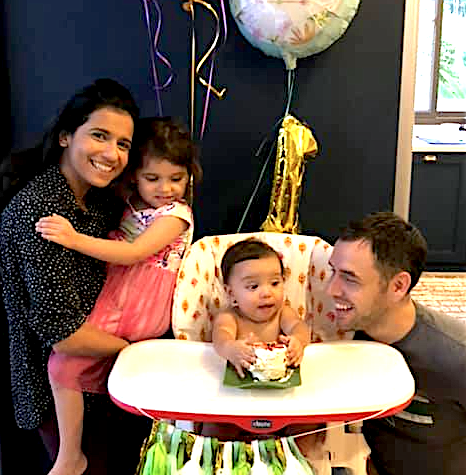 Akiko Nagamine attended ISB in grades 10-12 graduating in 2004. A volleyball player and a swimmer, Akiko was very much a team leader as she was named captain of those teams both her junior and senior years. She was also selected to be part of the Varsity Council during that time. After graduating from NYU in 2009, she returned to ISB and has been here ever since, currently as a 2nd grade classroom teacher. As you may have expected, Akiko has coached both volleyball and swimming, and has been involved with IASAS gold medal winning teams in both sports, girls’ volleyball in ’09, ’10 and ’13, and boys’ swimming in 2011. Akiko is married to ISB alumnus Taylor Siedell (Class of 2000), who is also an educator and is currently a high school counselor and Dean of Students at another international school in Bangkok. 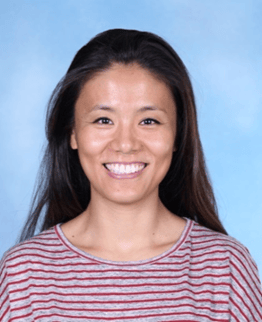 Prior to the end of the 2019-2020 school year, Micah Stennfeld, an Austin, Texas native who attended the University of Arkansas, applied for an annual substitute teaching position at ISB. Micah, whose mother is Thai, had previously visited the Land of Smiles, but applied for the position not realizing that her mother, Pachalin Ryno Stennfeld, had attended ISB in her early high school years. Lo and behold, Micah got the position, and would subsequently find out that her mother’s math teacher back in the day was none other than ISB Alumni Coordinator, Harold Albert. It’s a small world for the ISB Family!

These are only a few of the stories that grace our halls, and we have many more alumni families at ISB. It is extremely special when to spend at least part of their professional lives here. As we so often say, “once a Panther, always a Panther!” 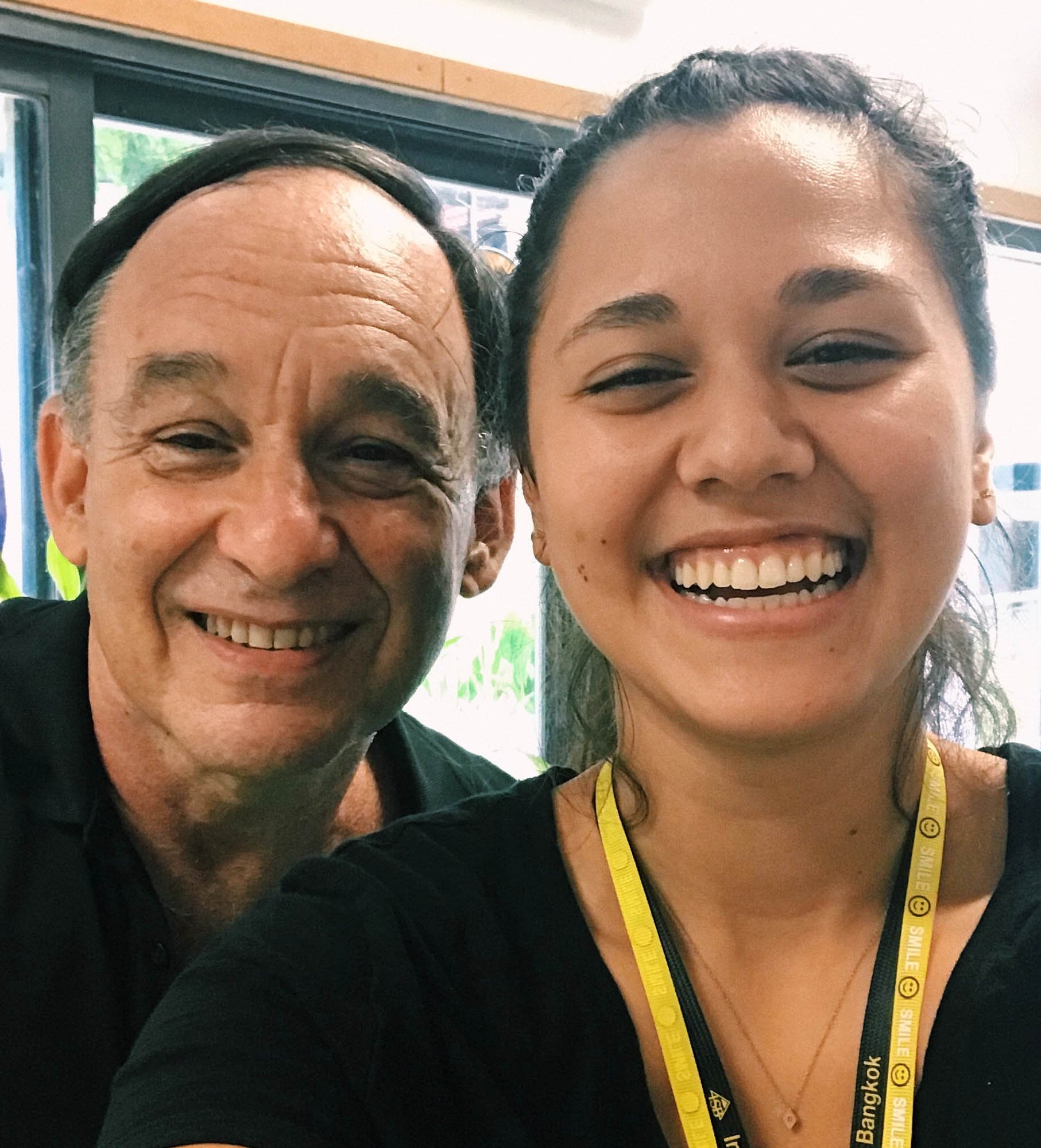