International School Bangkok (ISB) alumnus, Thant Myint-U (Class of 1983) is a Burmese historian, writer, Presidential Advisor and amongst ISB’s most celebrated graduates. Thant Myint-U and his three sisters attended ISB in the 80s and was well known for his keen intellect and commitment.

His Journey After ISB

Thant Myint-U’s grandfather is U Thant; the former Secretary General of the United Nations. Following in his grandfather’s footsteps Thant Myint-U worked for the United Nations in many different capacities including peacekeeping operations in Cambodia, the former Yugoslavia, and Bosnia-Herzegovina. He then served at the UN Secretariat in New York in the Office for the Coordination of Humanitarian Affairs and the UN Department of Political Affairs. The progress made during his tenure as the Director of Policy Planning in the Department of Political Affairs led him to establish Kofi Annan’s global challenges panel, leading to the 2005 World Summit.

From 2011-2015 Thant Myint-U was a member of the President of Myanmar’s National Economic and Social Advisory Council and a Special Advisor to the Myanmar government during negotiations which resulted in the 2015 Nationwide Ceasefire Agreement.  During that period he established and ran two NGOs – the Yangon Heritage Trust and U Thant House, one of Myanmar’s leading education and discussion centres. In addition to his visiting fellowships at a number of prestigious universities he is currently an Affiliated Scholar of the Cambridge Centre for South Asian Studies.

Thant Myint-U is a published author who has penned articles in some of the world’s most prestigious newspapers, magazines and periodicals. Amongst Thant Myint-U literary works are The River of Lost Footsteps; Where China Meets India: Burma and the New Crossroads of Asia; The Making of Modern Burma; The UN Secretariat: A Brief History; and his latest book, The Hidden History of Burma, released in November 2019, is the New York Times Bestsellers list.

International School Bangkok (ISB) draws great pride from its alumni and we give Thant Myint-U a special mention for his exceptional and inspiring achievements. He has “fond memories of ISB” and we hope the time he spent with the ISB community helped him on his way to become one of the world’s most prominent scholars. 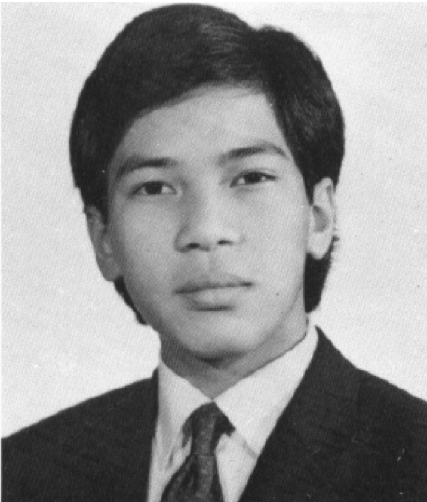