The Vietnam era at International School Bangkok (ISB) saw student enrollment at an all-time high with a peak of 3,650 students during the 1967-68 school year. Taking us into the 1970s when the school, now with two campuses to accommodate all of the students, was alive with numerous activities, clubs, sports, and organizations to keep the large student body active and happy. These activities included many sports and the wildly popular House Games, led by ISB’s dynamic Athletic Director and Head of Physical Education, Mr. P.E. Rajendra. 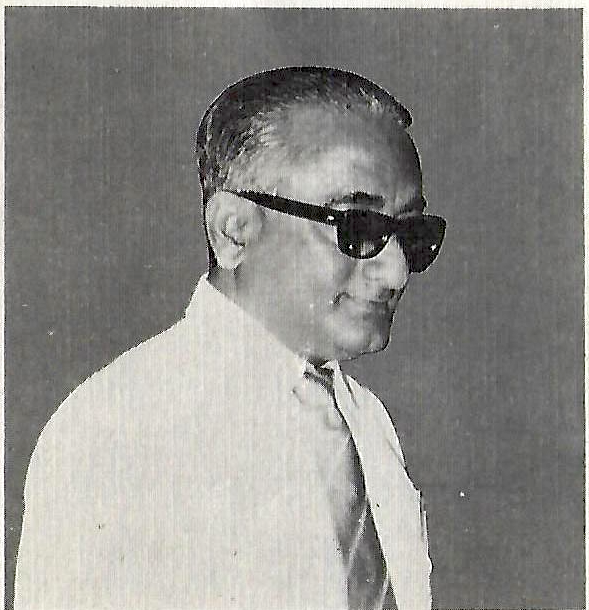 Ponnuduari Emmanuel (P.E.) Rajendra, a native of Ceylon (now Sri Lanka), was born in Malacca in 1920. While his early education took place in Ceylon, he later matriculated to the University of Iowa in the U.S., where he earned a Master’s degree in physical education. His early career found him working for the Department of Education in Ceylon, including a stint at St. John’s University, Jaffna, where he led the team to a national championship in 1944 as the head track & field coach. He also later served as the Ceylonese national athletics coach. In 1962, he was hired as ISB’s Director of Physical Education and Athletics with the express goal of revamping the school’s physical education and athletic program.

Rajendra's energy and initiative saw him rewrite ISB's K-12 physical education program. He started an intramural program (the 'house' games) that spanned from Elementary School to High School and established a sports program that included eleven different varsity sports. Under his leadership, ISB reached unparalleled success in the realm of athletic endeavors. For the first time, ISB teams participated in both Thai leagues and U.S. Armed Forces leagues locally while also entering national Thai schools' competitions in track & field and volleyball. Rajendra, or "Raj," was a committee member of the Volleyball Association of Thailand; he nurtured the close relationship between ISB and their host country of Thailand. The school also continued its annual fixture with Singapore American School, which started in 1962 and began a competition with the international school in Vientiane, Laos.

Here are some remembrances from staff and students from those “Rajendra” years:

“Monday morning would find the indomitable patriarch of sports at ISB, Mr. P.E. Rajendra, walking the length of the field checking for snakes before first-period gym.”

“I remember Mr. Rajendra, who was from Sri Lanka. He was the head of the PE Department, and everyone loved him. He was kind to everyone.”

“In the days at Soi 15, Mr. Rajendra’s athletes won almost all sports competitions!”

Tragically P.E. Rajendra passed away in his home country on August 18th, 1972. A memorial service took place at ISB on September 24th, 1972, and from that day forward, the main gym at ISB has been called Rajendra Hall, which is still the case today, some 49 years later.

In the spring of 1969, a singing group from the United States, the Young Americans, came to Thailand and performed at ISB. In the audience that day was Mr. Jerry Wartgow, the ISB Dean of Students, and a number of students who thought that ISB had enough talented students to form a similar group.

Thus, at the beginning of the 1969-1970 school year, the ISB Young Internationals was born. Initially under the direction of Mr. Wartgow, the group became an overnight sensation as they delighted audiences not only at ISB but also around Bangkok and American military bases all over Thailand. 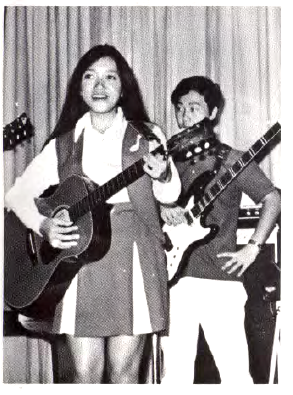 One of the founding members of the group was Kolua Seiko (back then known as Alberta Valdez), who recalled: “I was the 'Whip' (leader) of the first Young Internationals group and have wonderful memories.” Mr. Wartgow added, “I’ve been blessed with a wonderful career and leadership opportunities at all levels of education, but none has been more enjoyable, rewarding, or impactful on my personal life than my time with ISB and the Young Internationals.”

Throughout the 1970s, the Young Internationals was a mainstay at ISB. Those students participating in the group were perhaps the best-known ambassadors of ISB and its community. The group performed at venues all over Bangkok, including the prestigious Royal Bangkok Sports Club, the Dusit Thani, and the Oriental Hotel. They even entertained audiences across Southeast Asia, at one point appearing before the nation on Thai television. One can certainly say that when people in the region thought of ISB, they thought of the Young Internationals.

Memories & Influence of this Era Live on Today

In the mid-1970s, the U.S. Government’s involvement in Vietnam came to an end, and the enrollment of students at ISB returned to its pre-Vietnam era numbers of around 1,200. The school no longer had a need for a second campus and the Bangsue facility was sold. And the Young Internationals, the face of ISB in the region for nearly a decade, found its popularity waning, and by the early 1980s, it was no more.

In the next episode of our look at ISB’s History, we look at the 1980s - at one part of the school that had not changed by the early 80s - the Bangkok-Singapore Games, although it was about to become something much larger. 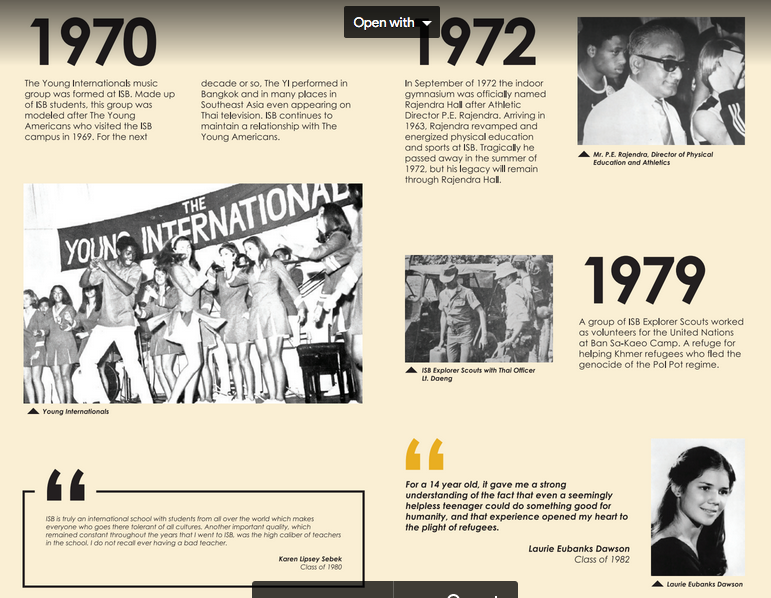